Barometer: the effects of Covid-19 on the eCPM

Many of you want to know if the drop in eCPMs they see on their site is common across the market, and how they compare to other media. Mind Media and Adomik recently published a barometer: they observed a decrease in programmatic turnover of -47% in one month. Here is our analysis: no media was spared by the crisis.

Despite the solidity of our configuration which ensures excellent visibility rates, intense competition in header bidding and measured advertising pressure, the eCPMs of open auctions on the media that we support have greatly decreased:

The phenomena that led to the fall of eCPMs

Since the start of containment on 16 March, advertising profitability has dropped for three reasons:

The first is that advertisers have paused their advertising investments.
This is all the more true for campaigns with negotiated agreements. On the programmatic open auction side, we observed a sharp drop in demand for advertisers.

Certain sectors are particularly impacted: luxury, automobile and travel for example. Not only have advertiser budgets gone down, but Internet users have turned away from these subjects. One of our publishers in the travel sector has seen its audience and its eCPM drop, and its turnover in March 2020 reduced to only 27% of what it achieved in February.

The second reason: Many publishers have seen their audience increase, the French turning to online information and entertainment, failing to read the printed newspapers.

The last reason is to look for Brand Safety: advertisers have expanded their blacklist and blacklisted keywords related to coronavirus. Several advertisers have thus excluded content dealing with Covid-19 using tools like IAS. Another case observed on a forum: in order to avoid the dissemination of ads alongside fake news (and by extension, combat the dissemination of false information), Google robots alerted the publisher which then had to correct the content on its site otherwise it would be penalised by Google.

Less demand for more advertising inventory. The decline in competition between advertisers has resulted in lower prices and an increase in unsold goods.

What solutions do we recommend to limit the damage?

Firstly, when floor prices were aggressive, we adjusted floor prices to reduce the share of unsold inventory.

Secondly, we have also established new programmatic partnerships with vendors such as TripleLift, Pubmatic and Rich Audience, which bring original demand, increase competition in header bidding and stimulate CPMs.

Third, it’s a good time to work on other optimisations such as adjusting ad spaces to increase viewability. In our publisher dashboards, we identified the spaces that pulled the average viewability of the site down. Then, we moved these ads or modified the parameters of the late loading in order to reach higher average viewability and to make the sites eligible for the more profitable campaigns.

Finally, teleworking can help focus on substantive topics such as compliance with the GDPR. Google is about to integrate V2 of the IAB’s Transparency and Consent Framework. For the past few weeks, Google has been asking certain publishers to comply with its own privacy policies, by using a Consent Management Platform (CMP) which sends valid Internet user consents to targeted advertising.

Even if the moment may seem badly chosen by the giant, our analyses confirm the positive effect of valid consent on eCPMs. We therefore support publishers in configuring their CMP by optimising the rate of valid consent on the Web and on AMP and improving the bids received.

We hope that advertising investments will increase again in the near future. They will likely resume gradually, as our lives return to normal, although the effects of the economic crisis will be felt for a long time.

Until the end of confinement, we remain available to support you with these various improvements and prepare for the future.

Take care of yourself and your loved ones. Stay home 🙂 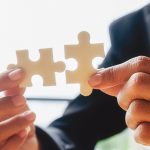 How to successfully use header bidding on AMP from TCF 2.0? FUTURA media analysis 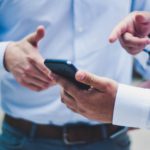